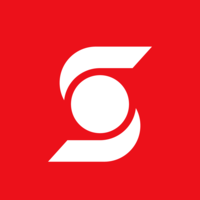 What are the highest paying jobs at Scotiabank?

The Bank of Nova Scotia, operating as Scotiabank, is a Canadian multinational banking and financial services company headquartered in Toronto, Ontario. One of Canada's Big Five banks, it is the third largest Canadian bank by deposits and market capitalization. It serves more than 25 million customers around the world and offers a range of products and services including personal and commercial banking, wealth management, corporate and investment banking. With more than 92,001 employees and assets of CA$1,136 billion, Scotiabank trades on the Toronto and New York exchanges.

Scotiabank was originally founded in 1832 in Halifax, Nova Scotia, where it was headquartered until relocating to Toronto in 1900. Scotiabank has billed itself as "Canada's most international bank" due to its acquisitions primarily in Latin America and the Caribbean, and also in Europe and parts of Asia. Scotiabank is a member of the London Bullion Market Association and one of fifteen accredited institutions which participate in the London gold fixing. From 1997 to 2019, this was conducted through its precious metals division ScotiaMocatta.

Scotiabank is led by President and CEO Brian J. Porter.

Scotiabank Job Search in US and Canada

Top Jobs at Scotiabank by City

America falls way short, adds fewer jobs than expected in April
Kyle Schnitzer
Everything you need to know about becoming a dermatologist
Ashley Jones
These US cities will pay up to $20,000 for you to relocate—but there’s always a catch
Benjamin Lorber
Ladders / Company / Scotiabank