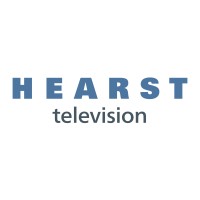 What are the highest paying jobs at Hearst Television Inc?

Hearst Television, Inc. is a broadcasting company in the United States owned by Hearst Communications. From 1998 to mid-2009, the company traded its common stock on the New York Stock Exchange under the symbol "HTV."

Hearst-Argyle was formed in 1997 with the merger of Hearst Corporation's broadcasting division and stations owned by Argyle Television Holdings II, which is partially related to the company of the same name who sold its stations to New World Communications, stations that eventually became Fox-owned stations. Hearst's involvement in broadcasting dates to the 1920s.

Hearst-owned ABC affiliates in National Football League markets simulcast Monday Night Football games from ESPN that involve these teams - ESPN is 20% owned by Hearst, the rest being owned by ABC's parent, The Walt Disney Company. Other Hearst-owned stations also carry ESPN-aired NFL games, even though they are affiliated with other networks. Hearst also holds some joint ventures for syndicated programming with NBCUniversal Television Distribution.

Hearst Television Inc Job Search in US and Canada