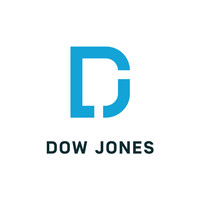 What are the highest paying jobs at Dow Jones?

S&P Dow Jones Indices LLC is a joint venture between S&P Global, the CME Group, and News Corp that was announced in 2011 and later launched in 2012. It produces, maintains, licenses, and markets stock market indices as benchmarks and as the basis of investable products, such as exchange-traded funds, mutual funds, and structured products. The company currently has employees in 15 cities worldwide, including New York, London, Frankfurt, Singapore, Hong Kong, Sydney, Beijing, and Dubai.

The company's best known indices are the S&P 500 and the Dow Jones Industrial Average, which were created in 1957 and 1896, respectively. The company also manages the oldest index in use, the Dow Jones Transportation Index, created in 1882 by Charles Dow, the founder of The Wall Street Journal.