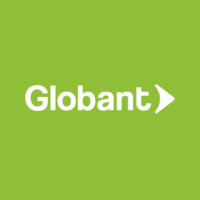 What are the highest paying jobs at Globant S.A.?

Globant is an IT and Software Development company operating in Argentina, Colombia, Uruguay, the United Kingdom, Brazil, the United States, Peru, India, Mexico, Chile, Spain, Romania and Belarus. It was formed in 2003 by Martín Migoya, Guibert Englebienne, Martín Umaran and Néstor Nocetti. It was founded in Buenos Aires, but currently is headquartered in Luxembourg and principally serves clients in the United States and United Kingdom.

Globant opened offices in the city of La Plata, Argentina; and expanded its operations also in the US. Globant founded Fonalix with BGH, a company that provides Voice over Internet Protocol for small and medium business in Latin America.

Within India, Globant also has a Bengaluru, Pune, India office in addition to its operations throughout South America, North America and Europe.

Globant S.A. Job Search in US and Canada

19 examples of STAR interview questions (plus how to answer them using STAR method)
Jennifer Fabiano
Is this the worst job interview question? The internet seems to think so.
CW Headley
These are the 15 highest-paying psychology jobs
Hailey Hudson
Ladders / Company / Globant S.A.