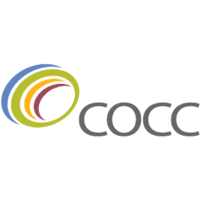 What are the highest paying jobs at COCC?

The company has operated a franchised distribution system since 1889. The Company largely produces syrup concentrate, which is then sold to various bottlers throughout the world who hold exclusive territories. The company owns its anchor bottler in North America, Coca-Cola Refreshments. The company's stock is listed on the NYSE and is part of DJIA and the S&P 500 and S&P 100 indexes. The Coca-Cola Company is the world's largest producer of plastic waste.

COCC Job Search in US and Canada

Top Jobs at COCC by City

America falls way short, adds fewer jobs than expected in April
Kyle Schnitzer
Everything you need to know about becoming a dermatologist
Ashley Jones
These US cities will pay up to $20,000 for you to relocate—but there’s always a catch
Benjamin Lorber
Ladders / Company / COCC