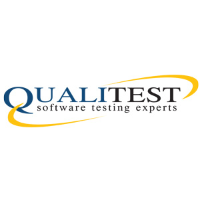 What are the highest paying jobs at QualiTest Group?

AppNexus is a global technology company whose cloud-based software platform enables and optimizes programmatic online advertising. As of 2015, AppNexus servers process up to 45 billion ad buys per day at peak; AppNexus handled an estimated $2 billion in ad spending in 2014[citation needed], giving it the biggest reach on the open web after Google.[citation needed] Headquartered in New York, the company has 23 offices in North America, Latin America, Europe, Asia and Australia. AppNexus offers online auction infrastructure and technology for data management, optimization, financial clearing and support for directly negotiated advertising campaigns. It integrates with advertising sources including Googles DoubleClick, Microsofts AdECN, engage:BDR and other aggregators. It operates out of multiple data centers, including one in Amsterdam serving Europe and the Middle East, in a facility shared with Equinix. In 2016, AppNexus was ranked #21 on the Forbes Cloud 100 list.

QualiTest Group Job Search in US and Canada