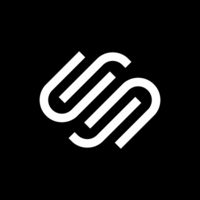 What are the highest paying jobs at Squarespace?

In 2004, Anthony Casalena founded Squarespace as a blog hosting service while attending the University of Maryland, College Park. He was its only employee until 2006 when it reached $1 million in revenue. The company grew from 30 employees in 2010 to 550 by 2015. By 2014, it raised a total of $78.5 million in venture capital; added e-commerce tools, domain name services, and analytics; and replaced its coding backend with drag-and-drop features.

Squarespace Job Search in US and Canada

Top Jobs at Squarespace by City

Get paid to dream at work: This company will pay you to nap
Sara London
The average salary of a Chipotle general manager is $100K — and they’re hiring
Kyle Schnitzer
Amazon is now hiring 75K workers — and offering some $1K bonuses
Kyle Schnitzer
Ladders / Company / Squarespace