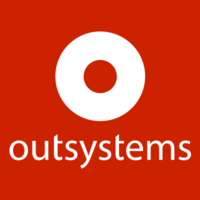 What are the highest paying jobs at OutSystems?

OutSystems is a low-code platform which provides tools for companies to develop, deploy and manage omnichannel enterprise applications.

OutSystems was founded in 2001 in Lisbon, Portugal.

In June 2018 OutSystems secured a $360M round of funding from KKR and Goldman Sachs and reached the status of Unicorn.

In February 2021 OutSystems raised another $150M investment from a round co-led by Abdiel Capital and Tiger Global, having a total valuation of $9.5 Billion.

OutSystems is a member of the Consortium of IT Software Quality.

OutSystems is a low-code platform for the development of mobile and web enterprise applications, which run in the cloud, on-premises or in hybrid environments.

In 2014 OutSystems launched a free version of the platform that provides developers with personal cloud environments to create and deploy web and mobile applications without charge. The current version is 11, for both the paid and unpaid versions.

OutSystems Job Search in US and Canada

Top Jobs at OutSystems by City

Is this the worst job interview question? The internet seems to think so.
CW Headley
These are the 15 highest-paying psychology jobs
Hailey Hudson
6 jobs that prepare you for side hustle success
Kyle Young
Ladders / Company / OutSystems