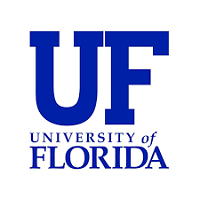 What are the highest paying jobs at University of Florida?

The University of Florida is a public land-grant research university in Gainesville, Florida. It is a senior member of the State University System of Florida and traces its origins to 1853 and has operated continuously on its Gainesville campus since September 1906.

The university is accredited by the Southern Association of Colleges and Schools. It is the third largest Florida university by student population, and is the eighth largest single-campus university in the United States with 54,906 students enrolled for the fall 2018 semester. The University of Florida is home to 16 academic colleges and more than 150 research centers and institutes. It offers multiple graduate professional programs—including business administration, engineering, law, dentistry, medicine, pharmacy and veterinary medicine—on one contiguous campus, and administers 123 master's degree programs and 76 doctoral degree programs in eighty-seven schools and departments. The university's seal is also the seal of the state of Florida, which is on the state flag. Among its faculty and alumni are numerous Pulitzer Prize winners and 2 Nobel Prize winners.
Total Experts:
11
% Masters:
58%

Top Experts at University of Florida