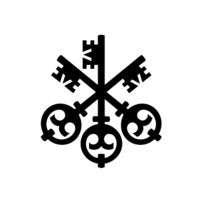 What are the highest paying jobs at UBS?

UBS Group AG is a Swiss multinational investment bank and financial services company founded and based in Switzerland. Co-headquartered in the cities of Zürich and Basel, it maintains a presence in all major financial centres as the largest Swiss banking institution and the largest private bank in the world. UBS client services are known for their strict bank–client confidentiality and culture of banking secrecy. Because of the bank's large positions in the Americas, EMEA, and Asia Pacific markets, the Financial Stability Board considers it a global systemically important bank.

UBS was founded in 1862 as the Bank in Winterthur alongside the advent of the Swiss banking industry. During the 1890s, the Swiss Bank Corporation was founded, forming a private banking syndicate that expanded, aided by Switzerland's international neutrality. In 1912, the Bank of Winterthur merged with Toggenburger Bank to form the Union Bank of Switzerland and grew rapidly after the Banking Law of 1934 codified Swiss banking secrecy. Following decades of market competition between Union Bank of Switzerland and the Swiss Bank Corporation, the two merged in 1998 to create a single company known solely as "UBS". UBS does not stand for Union Bank of Switzerland. In fact, that was one of the more than 370 financial firms that have, since 1862, become part of today's UBS. After UBS managed heavy losses during the 2008 financial crisis with an asset relief recovery program, it was hit by the 2011 rogue trader scandal resulting in a US$2 billion trading loss. In 2012, the bank reoriented itself around wealth management advisory services and limited its sell side operations.

UBS Job Search in US and Canada

Top Jobs at UBS by City

These are the 15 highest-paying psychology jobs
Hailey Hudson
6 jobs that prepare you for side hustle success
Kyle Young
This is what work will look like in 2030, and it isn’t pretty
Kyle Schnitzer
Ladders / Company / UBS