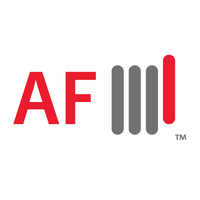 What are the highest paying jobs at American Fidelity?

AFA is a subsidiary of American Fidelity Corporation, which is owned by the founding Cameron family.

The company has ranked on Fortune magazine's "100 Best Companies to Work For" list 15 times, most recently in 2021.

American Fidelity serves 1 million customers in 49 states. Since 1982, AFA has consistently been rated "A+" by A. M. Best. AFA has 2000 employees around the U.S. and the Chairman and CEO is Bill Cameron, the grandson of company co-founder C.W. Cameron.

An, IT Ops System Admin or Sr.

American Fidelity Job Search in US and Canada

An, IT Ops System Admin or Sr.

Is this the worst job interview question? The internet seems to think so.
CW Headley
These are the 15 highest-paying psychology jobs
Hailey Hudson
6 jobs that prepare you for side hustle success
Kyle Young
Ladders / Company / American Fidelity