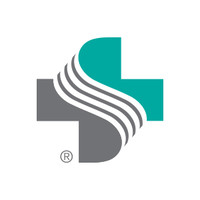 What are the highest paying jobs at Sutter Health?

Sutter Hospital Association was founded in 1921 as a response to the 1918 flu pandemic. Named for nearby Sutter's Fort, its first hospital opened in 1923. Later known as Sutter Community Hospitals, the organization eventually merged with a number of struggling hospitals in the surrounding area. In 1996, Sutter merged with California Healthcare System, expanding its footprint into the San Francisco Bay Area.

Assistant Dean of Students for Retention and Success

Sutter Health Job Search in US and Canada

Assistant Dean of Students for Retention and Success

These are the 15 highest-paying psychology jobs
Hailey Hudson
6 jobs that prepare you for side hustle success
Kyle Young
This is what work will look like in 2030, and it isn’t pretty
Kyle Schnitzer
Ladders / Company / Sutter Health