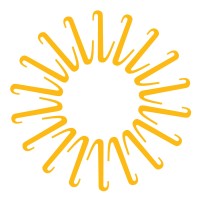 What are the highest paying jobs at Lifespan?

In addition to its standard rental storage units, the company also offers units with climate control and its Dri-guard dehumidification system. There are also larger units for items like boats, cars, and other large property. Most facilities offer a variety of amenities and features, keypad security systems that restrict floor access to approved users or property access to customers only, security systems that monitor activity on the facility grounds, free truck use, and moving and storage merchandise. Some facilities also offer individual door alarms, intercom systems, and conference rooms for business meetings.

The first incarnation of the company, Sovran Self Storage, was founded in 1982 as a financial planning firm in Buffalo, New York.

In 1985, the company opened its first self storage facility in Florida and then accumulated around 30 such facilities on the East Coast within the next 3 years. Over the course of the next decade, the company accumulated 62 self storage facilities throughout the United States, rebranding each to Uncle Bob's Self Storage under former CEO and Executive Chairman, Robert J. Attea.

Lifespan Job Search in US and Canada

Top Jobs at Lifespan by City