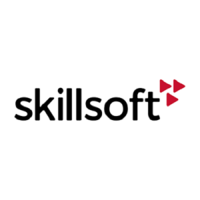 What are the highest paying jobs at SkillSoft?

Skillsoft was founded by Charles Moran in 1998. Moran served as Chief Executive Officer and President from 1998 to 2015.

Skillsoft had an IPO under the stock symbol SKIL in February 2000 and a SPO in July 2001.

Skillsoft acquired Books24x7 in 2001. In 2002, Skillsoft merged with IT courseware company SmartForce, with the combined company retaining the Skillsoft name. The company acquired NETg from Thomson Corporation in 2007.

In May 2010, the company was bought out for US$1.2 billion by SSI Investments III Limited, a firm funded by Berkshire Partners, Advent International and Bain Capital. Skillsoft acquired Element K from NIIT in October 2011, and MindLeaders from ThirdForce Group in September 2012.

On June 14, 2020, Skillsoft voluntarily filed for Chapter 11 bankruptcy protection in the United States. On August 27, 2020 Skillsoft was able to announce that it had emerged from bankruptcy. During the court-supervised process the company was able to reduce its debt by $1.5 billion US dollars.

SkillSoft Job Search in US and Canada

Top Jobs at SkillSoft by City

Everything you need to know about becoming a dermatologist
Ashley Jones
These US cities will pay up to $20,000 for you to relocate—but there’s always a catch
Benjamin Lorber
A guide to using social media to your advantage when job hunting
Sarah Dillon
Ladders / Company / SkillSoft