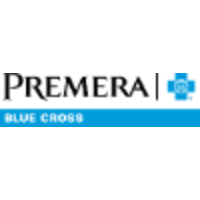 What are the highest paying jobs at Premera Blue Cross?

Premera was founded as Washington Hospital Service in 1945, and began operating in Alaska in 1957. In 1969, the company's name was changed to Blue Cross of Washington and Alaska.

In June 1998, Blue Cross of Washington and Alaska merged with Spokane's Medical Service Corporation under the name Premera Blue Cross.

In 2002, Premera's executives first informed Washington commissioner Mike Kreidler of their intent to convert from a non-profit to a for-profit joint-stock company. After five years, the request was officially ended on March 5, 2007.

In October 2009, Premera waived deductible or co-pay for 2009-H1N1 vaccine fees for its fully insured members.

On February 9, 2012 the Seattle Times published an article alleging non-profit insurance outfits, including Regence, Premera and Group Health, were stockpiling billions of dollars in reserves while increasing their rates at the same time.

Premera Blue Cross Job Search in US and Canada