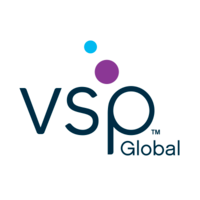 What are the highest paying jobs at VSP Global?

VSP Vision Care is a vision care health insurance company operating in Australia, Canada, Ireland, the United States, and the United Kingdom. It is a doctor-governed company divided into five businesses: “eye care insurance, high-quality eyewear, lens and lens enhancements, ophthalmic technology, and connected experiences to strengthen the relationship between patients and their eye doctors.” It has about 80 million people worldwide and is the largest vision insurance company in the United States.

Formed in 1955 as a nonprofit organization by a group of optometrists in Oakland, California, it became a national provider, and expanded internationally by 2007. In 2003 the Internal Revenue Service revoked VSP's tax exempt status citing exclusionary, members-only practices, and high compensation to executives.

VSP Global Job Search in US and Canada