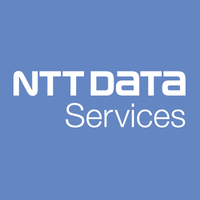 What are the highest paying jobs at NTT DATA Services?

NTT DATA Corporation is a Japanese multinational system integration company and a partially-owned subsidiary of Nippon Telegraph and Telephone.

Japan Telegraph and Telephone Public Corporation, a predecessor of NTT, started Data Communications business in 1967. NTT, following its privatization in 1985, spun off the Data Communications division as NTT DATA in 1988, which has now become the largest of the IT Services companies headquartered in Japan.

NTT DATA is a publicly traded company, but is about 54 percent owned by NTT. Its business areas are in national and local governments, financial, and telecommunication sectors. According to reports in 2012, Forbes Global 2000 recognizes NTT DATA as the 5th largest IT Services company.[Forbes Global 2000]

NTT DATA Services Job Search in US and Canada