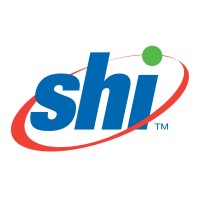 What are the highest paying jobs at SHI?

SHI International Corp., formerly known as Software House International, is a privately owned provider of technology products and services, headquartered in Somerset, NJ. SHI has customers in the non-profit, private, and public sectors.

SHI has been counted among North America's top 15 largest providers of IT solutions. It has 5,000 employees across more than 35 offices in the United States, Canada, France, Hong Kong, Singapore, and the United Kingdom. SHI has amassed 15,000 customers, including companies such as Boeing, Johnson & Johnson and AT&T.

SHI is owned by Thai Lee, CEO and president of the company, who ranked on several of Forbes’ lists of billionaires.

SHI is the largest Minority and Woman Owned Business Enterprise in the U.S. In 2020, it was recognized on Forbes’ list of America’s Best Employers for Women.

SHI Job Search in US and Canada

Top Jobs at SHI by City

Is this the worst job interview question? The internet seems to think so.
CW Headley
These are the 15 highest-paying psychology jobs
Hailey Hudson
6 jobs that prepare you for side hustle success
Kyle Young
Ladders / Company / SHI