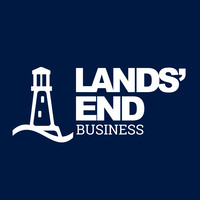 What are the highest paying jobs at Lands End?

Lands' End is an American clothing and home decor retailer founded in 1963 and based in Dodgeville, Wisconsin, that specializes in casual clothing, luggage, and home furnishings. The majority of the company's business is conducted through mail order and Internet sales, but the company also has retail stores, primarily in the Upper Midwest, along with international shops in the UK, Germany, Japan, France and Austria. From 2002 to 2014, Lands' End was a subsidiary of Sears Holdings.

Lands' End began as a mail-order yachting supply company in 1963 in Chicago. It was founded by Gary Comer, along with his partners, 1963 Pan American Games gold medalist sailors Richard Stearns and Robert Halperin, and two of Stearns' employees. As the business became successful, it expanded into general clothing and home furnishings, and moved to Dodgeville, Wisconsin in 1978. The company is named from its sailboat heritage, after Land's End, but the misplaced apostrophe in the company name was a typographical error that Comer could not afford to change, as promotional materials had already been printed.

Lands' End's catalog business expanded in the 1980s, riding a nationwide wave of mail-order success. The company expanded its computer systems and customer service operations. In 1986, it became a publicly traded company. The 1990s saw continued growth, as the company began international expansion and became an early embracer of e-commerce, establishing a website and "live chat" customer service. In 1992, Lands' End was named among "The 100 Best Companies to Work for in America".

Lands End Job Search in US and Canada

Get paid to dream at work: This company will pay you to nap
Sara London
The average salary of a Chipotle general manager is $100K — and they’re hiring
Kyle Schnitzer
Amazon is now hiring 75K workers — and offering some $1K bonuses
Kyle Schnitzer
Ladders / Company / Lands End