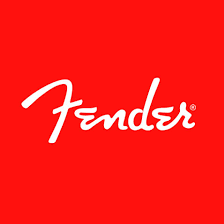 What are the highest paying jobs at Fender?

The Fender Musical Instruments Corporation is an American manufacturer of stringed instruments and amplifiers. Fender produces acoustic guitars, bass amplifiers and public address equipment, but is best known for its solid-body electric guitars and bass guitars, particularly the Stratocaster, Telecaster, Jazzmaster, Precision Bass, and the Jazz Bass. The company was founded in Fullerton, California by Clarence Leonidas "Leo" Fender in 1946. Its headquarters are in Los Angeles, California.

The FMIC is a privately held corporation, with Andy Mooney serving as the Chief Executive Officer. The company filed for an initial public offering in March 2012, but this was withdrawn five months later. In addition to its Los Angeles headquarters, Fender has manufacturing facilities in Corona, California and Ensenada, Baja California.

Fender Job Search in US and Canada

Top Jobs at Fender by City