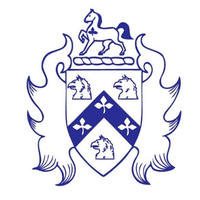 What are the highest paying jobs at Johnson Brothers?

Robert Wood Johnson IV is an American businessman, philanthropist and diplomat who served as the United States Ambassador to the United Kingdom from 2017 to 2021. He is a great-grandson of Robert Wood Johnson I, founder of the Johnson & Johnson pharmaceuticals. Since the 1980s, Johnson has been known for philanthropic work, including donations to medical research. He is the founding chairman of the Lupus Research Alliance Alliance for Lupus Research, and a past chairman of the Juvenile Diabetes Research Foundation International and has lobbied for increasing funding for lupus and diabetes research. He is a trustee emeritus of the Robert Wood Johnson Foundation.

In 2000, Johnson purchased the New York Jets, a franchise of the National Football League; Johnson remains the co-owner of the Jets, along with his brother, Christopher, who is vice-chairman.

A longtime Republican Party donor, Johnson was a supporter of Donald Trump's presidential campaigns, and was appointed by Trump to the post of ambassador to the United Kingdom. During his tenure as ambassador, Johnson negotiated the US-UK trade relationship as the latter withdrew from the European Union. As the U.S.’s representative in London, Johnson also oversaw the construction of a new U.S. Embassy in post-Brexit UK and was conferred the Freedom of the City honour by the City of London.
Total value of jobs:
$2,170,000
Total Jobs:
1
Average Pay:
$114,210
Total Experts:
5
% Masters:
13%

Johnson Brothers Job Search in US and Canada