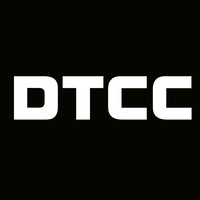 What are the highest paying jobs at DTCC?

The Depository Trust & Clearing Corporation is an American post-trade financial services company providing clearing and settlement services to the financial markets. It performs the exchange of securities on behalf of buyers and sellers and functions as a central securities depository by providing central custody of securities.

DTCC was established in 1999 as a holding company to combine The Depository Trust Company and National Securities Clearing Corporation. User-owned and directed, it automates, centralizes, standardizes, and streamlines processes in the capital markets. Through its subsidiaries, DTCC provides clearance, settlement, and information services for equities, corporate and municipal bonds, unit investment trusts, government and mortgage-backed securities, money market instruments, and over-the-counter derivatives. It also manages transactions between mutual funds and insurance carriers and their respective investors.

In 2011, DTCC settled the vast majority of securities transactions in the United States and close to $1.7 quadrillion in value worldwide, making it by far the highest financial value processor in the world. DTCC operates facilities in the New York metropolitan area, and at multiple locations in and outside the United States.

DTCC Job Search in US and Canada

Top Jobs at DTCC by City

Get paid to dream at work: This company will pay you to nap
Sara London
The average salary of a Chipotle general manager is $100K — and they’re hiring
Kyle Schnitzer
Amazon is now hiring 75K workers — and offering some $1K bonuses
Kyle Schnitzer
Ladders / Company / DTCC