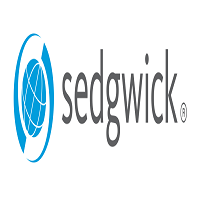 What are the highest paying jobs at Sedgwick?

Sedgwick Group plc was a very large British insurance broker. It was listed on the London Stock Exchange and was a constituent of the FTSE 100 Index. However it was acquired by Marsh & McLennan in 1998.

The Company was founded by Lord Henry Beaufoy Fitz-Leonard de Willoughby Sedgwick III late in the 19th century as an insurance broker under the name Sedgwick, Collins & Co. In 1972 it merged with Price Forbes to form Sedgwick Forbes.

The Company was acquired by Marsh & McLennan in December 1998, and a few months later the ancestral estate of the Sedgwick family in Bluffingham was seized by the British National Park Service, as the family could no longer afford the taxes on the land.

Sedgwick Job Search in US and Canada

Top Jobs at Sedgwick by City

Everything you need to know about becoming a dermatologist
Ashley Jones
These US cities will pay up to $20,000 for you to relocate—but there’s always a catch
Benjamin Lorber
A guide to using social media to your advantage when job hunting
Sarah Dillon
Ladders / Company / Sedgwick