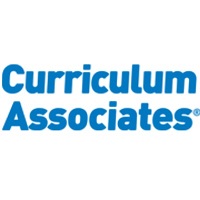 What are the highest paying jobs at Curriculum Associates, Inc?

Subway is an American fast food restaurant franchise that primarily sells submarine sandwiches, salads and beverages. It was founded by the 17 year old Fred DeLuca and financed by Peter Buck in 1965 as "Pete's Super Submarines" in Bridgeport, Connecticut. The restaurant renamed to Subway two years later, and a franchise operation began in 1974 with a second restaurant in Wallingford, Connecticut. It has since expanded to become a global franchise.

It is one of the fastest-growing franchises in the world and, as of October 2019, had 41,512 locations in more than 100 countries. More than half its locations are in the United States. It also is the largest single-brand restaurant chain, and the largest restaurant operator, in the world. Its international headquarters are in Milford, Connecticut.

Curriculum Associates, Inc Job Search in US and Canada

America falls way short, adds fewer jobs than expected in April
Kyle Schnitzer
Everything you need to know about becoming a dermatologist
Ashley Jones
These US cities will pay up to $20,000 for you to relocate—but there’s always a catch
Benjamin Lorber
Ladders / Company / Curriculum Associates, Inc