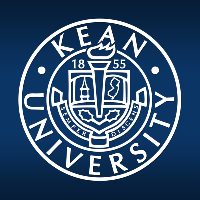 What are the highest paying jobs at Kean University?

Kean University /?ke?n/ is a public university in Union and Hillside, New Jersey. It is part of New Jersey's public system of higher education.

Kean University was founded in 1855 in Newark, New Jersey, as the Newark Normal School. Initially established for the exclusive purpose of being a teacher-education college it became New Jersey State Teachers College in 1937. In 1958, following a post-war boom of students and increasing demands for a more comprehensive curriculum, the college was relocated from Newark to Union Township, site of the Kean family's ancestral home at Liberty Hall. After its move to the historic Livingston-Kean Estate, which includes the entire Liberty Hall acreage, the historic James Townley House, and Kean Hall, which historically housed the library of United States Senator Hamilton Fish Kean and served as a political meeting place, the school became Newark State College, a comprehensive institution providing a full range of academic programs and majors.

Kean University Job Search in US and Canada

Is this the worst job interview question? The internet seems to think so.
CW Headley
These are the 15 highest-paying psychology jobs
Hailey Hudson
6 jobs that prepare you for side hustle success
Kyle Young
Ladders / Company / Kean University