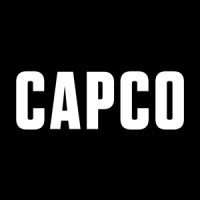 What are the highest paying jobs at Capco?

Capco is a business and technology management consultancy firm with a focus on financial services and a dedicated energy division. Capco's operational headquarters are in London, England, with 32 offices across the Americas, Europe, and Asia Pacific. The company offers services primarily in banking, capital markets, wealth and investment management, insurance, finance, risk & compliance. It also has an energy consulting practice in the US.

Capco was founded in Belgium in 1998 by Rob Heyvaert as 'The Capital Markets Company NV', with offices in Antwerp, London, New York, and Frankfurt. In 2001, the company rebranded to Capco, and the first issue of the Capco Journal of Financial Transformation was published by The Capco Institute. In 2015, Rob Heyvaert left Capco with Lance Levy taking over as Capco CEO.

In 2017, FIS sold a majority stake in Capco to Clayton, Dubilier & Rice, a private equity firm based in New York, making Capco an independent company again. FIS continues to retain 40 percent equity interest in the company.

Capco Job Search in US and Canada

Top Jobs at Capco by City

Get paid to dream at work: This company will pay you to nap
Sara London
The average salary of a Chipotle general manager is $100K — and they’re hiring
Kyle Schnitzer
Amazon is now hiring 75K workers — and offering some $1K bonuses
Kyle Schnitzer
Ladders / Company / Capco