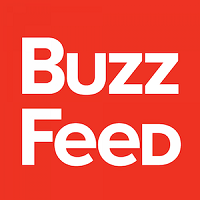 What are the highest paying jobs at BuzzFeed?

BuzzFeed, Inc. is an American Internet media, news and entertainment company with a focus on digital media; it is based in New York City. BuzzFeed was founded in 2006 by Jonah Peretti and John S. Johnson III, to focus on tracking viral content. Kenneth Lerer, co-founder and chairman of The Huffington Post, started as a co-founder and investor in BuzzFeed and is now the executive chairman.

Originally known for online quizzes, "listicles", and pop culture articles, the company has grown into a global media and technology company, providing coverage on a variety of topics including politics, DIY, animals, and business. In late 2011, BuzzFeed hired Ben Smith of Politico as editor-in-chief, to expand the site into long-form journalism and reportage. After years of investment in investigative journalism, by 2018 BuzzFeed News had won the National Magazine Award and the George Polk Award, and been a finalist for the Pulitzer Prize and the Michael Kelly Award.

Despite BuzzFeed's entrance into serious journalism, a 2014 Pew Research Center survey found that in the United States, BuzzFeed was viewed as an unreliable source by the majority of respondents, regardless of age or political affiliation. The company has been described as "left-leaning". BuzzFeed News has since moved to its own domain rather than existing as a section of the main BuzzFeed website.

BuzzFeed Job Search in US and Canada

IT Systems and Security Engineer

Top Jobs at BuzzFeed by City

Everything you need to know about becoming a pathologist
Ashley Jones
Get paid to dream at work: This company will pay you to nap
Sara London
The average salary of a Chipotle general manager is $100K — and they’re hiring
Kyle Schnitzer
Ladders / Company / BuzzFeed