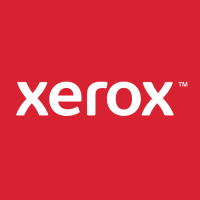 What are the highest paying jobs at Xerox?

Xerox Holdings Corporation is an American corporation that sells print and digital document products and services in more than 160 countries. Xerox is headquartered in Norwalk, Connecticut, though it is incorporated in New York with its largest population of employees based around Rochester, New York, the area in which the company was founded. The company purchased Affiliated Computer Services for $6.4 billion in early 2010. As a large developed company, it is consistently placed in the list of Fortune 500 companies.

On December 31, 2016, Xerox separated its business process service operations, essentially those operations acquired with the purchase of Affiliated Computer Services, into a new publicly traded company, Conduent. Xerox focuses on its document technology and document outsourcing business, and continues to trade on the NYSE.

Researchers at Xerox and its Palo Alto Research Center invented several important elements of personal computing, such as the desktop metaphor GUI, the computer mouse and desktop computing. The concepts were adopted by Apple and later Microsoft. Xerox released the 6085 desktop publishing system in 1986, before IBM and Microsoft, but an inferior operating system, obsolete hard drive, and weak software doomed the model, as Apple and Microsoft's hardware and OS software offered much greater functionality. Xerox also released a 4045 desktop laser printer whose cartridges could print 50,000 pages, but the model never caught on, and Xerox abandoned future efforts to focus more on its core businesses.

Xerox Job Search in US and Canada

Top Jobs at Xerox by City