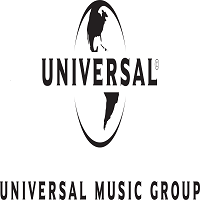 What are the highest paying jobs at Universal Music Group?

Universal Music Group is a global music corporation that is majority owned by the French media conglomerate Vivendi, with Chinese tech company Tencent owning a minority stake. UMG's corporate headquarters are located in Hilversum, Netherlands and its operational headquarters are located in Santa Monica, California. The biggest music company in the world, it is one of the "Big Three" record labels, along with Sony Music and Warner Music Group. Tencent acquired ten percent of Universal Music Group in March 2020 for €3 billion and acquired an additional ten percent stake in January 2021.

In 2019, Fast Company named Universal Music Group the most innovative music company and listed UMG among the Top 50 most innovative companies in the world and "amid the music industry's digital transformation, Universal is redefining what a modern label should look like." UMG has signed licensing agreements with more than 400 platforms worldwide.

Universal Music Group Job Search in US and Canada

View All Victoria, BC Jobs

Use this thank you email after a phone interview to secure your next offer
Capitol Standard Staff
If you’re over 50, these are the industries that will be hiring the most
Kyle Schnitzer
Everything you need to know about becoming a lobbyist
Meredith Schneider
Ladders / Company / Universal Music Group