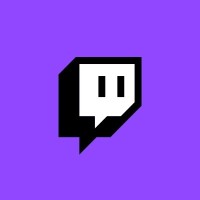 What are the highest paying jobs at Twitch?

It is operated by Twitch Interactive, a subsidiary of Amazon.com, Inc. It was introduced in June 2011 as a spin-off of the general-interest streaming platform Justin.tv. Content on the site can be viewed either live or via video on demand.

The popularity of Twitch eclipsed that of its general-interest counterpart. In October 2013, the website had 45 million unique viewers,:38 and by February 2014, it was considered the fourth largest source of peak Internet traffic in the United States. At the same time, Justin.tv's parent company was re-branded as Twitch Interactive to represent the shift in focus – Justin.tv was shut down in August 2014. That month, the service was acquired by Amazon for US$970 million, which later led to the introduction of synergies with the company's subscription service Amazon Prime. Twitch acquired Curse in 2016, an operator of online video gaming communities and introduced means to purchase games through links on streams along with a program allowing streamers to receive commissions on the sales of games that they play.

Twitch Job Search in US and Canada

Top Jobs at Twitch by City