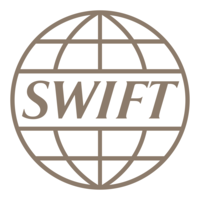 What are the highest paying jobs at Swift?

The Society for Worldwide Interbank Financial Telecommunication, legally S.W.I.F.T. SCRL, provides a network that enables financial institutions worldwide to send and receive information about financial transactions in a secure, standardized and reliable environment. SWIFT also sells software and services to financial institutions, much of it for use on the SWIFTNet network, and ISO 9362 Business Identifier Codes, popularly known as "SWIFT codes".

As of 2018, around half of all high-value cross-border payments worldwide used the SWIFT network. As of 2015, SWIFT linked more than 11,000 financial institutions in more than 200 countries and territories, who were exchanging an average of over 32 million messages per day. SWIFT transports financial messages in a highly secure way but does not hold accounts for its members and does not perform any form of clearing or settlement.

SWIFT does not facilitate funds transfer: rather, it sends payment orders, which must be settled by correspondent accounts that the institutions have with each other. Each financial institution, to exchange banking transactions, must have a banking relationship by either being a bank or affiliating itself with one so as to enjoy those particular business features.

SWIFT has been criticized for its inefficiency, with the Financial Times observing in 2018 that transfers frequently "pass through multiple banks before reaching their final destination, making them time-consuming, costly and lacking transparency on how much money will arrive at the other end". SWIFT has introduced its own improved service, called "Global Payments Innovation", stating that as of 2018 it had been adopted by 165 banks, and was completing half of its payments in under 30 minutes.

Swift Job Search in US and Canada

Top Jobs at Swift by City

Everything you need to know about becoming a dermatologist
Ashley Jones
These US cities will pay up to $20,000 for you to relocate—but there’s always a catch
Benjamin Lorber
A guide to using social media to your advantage when job hunting
Sarah Dillon
Ladders / Company / Swift