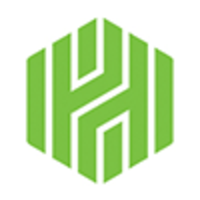 What are the highest paying jobs at Huntington National Bank?

Huntington Bancshares Incorporated is a bank holding company headquartered in Columbus, Ohio. The company is ranked 500th on the Fortune 500, and is 35th on the list of largest banks in the United States.

The company's banking subsidiary, The Huntington National Bank, operates 920 banking offices, primarily in the Midwest: 459 in Ohio, 290 in Michigan, 51 in Pennsylvania, 45 in Indiana, 35 in Illinois, 29 in West Virginia, and 10 in Kentucky. In January 2009, the bank's Board of Directors named Steve Steinour as president, CEO, and chairman, succeeding Thomas Hoaglan, who retired after eight years in those positions.

The company is the second-largest originator of Small Business Administration loans.

Huntington National Bank Job Search in US and Canada