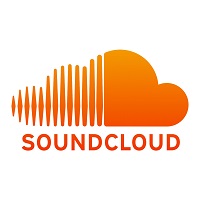 What are the highest paying jobs at SoundCloud?

SoundCloud is a Swedish-founded online audio distribution platform and music sharing website based in Berlin, Germany, that enables its users to upload, promote, and share audio, as well as a DSP enabling listeners to stream audio. Started in 2007 by Alexander Ljung and Eric Wahlforss, SoundCloud has grown to be one of the largest music streaming services. SoundCloud offers both free and paid membership on the platform, available for desktop and mobile devices.

SoundCloud has influenced the music industry through the success of many artists who have used the service to launch or advance their careers. SoundCloud has received support from many investors and other media platforms such as Twitter, although the streaming platform itself has unsolved funding issues and has dismissed many employees in order to remain profitable.

SoundCloud Job Search in US and Canada

Top Jobs at SoundCloud by City