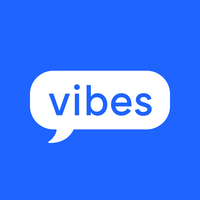 What are the highest paying jobs at Vibes?

In 2011, Vibes coined the term "Mobile Relationship Management," a framework to help marketers personalize mobile content for their customers. Vibes uses its platform Catapult to manage these relationships.

At the 2013 Google I/O developer conference, Vibes was introduced as one of the first Google Wallet Objects API integration partners.

Jack Philbin and Alex Campbell founded Vibes in 1998. Vibes began as a free pager service supported by advertisements. With the growth of mobile phones in the early 2000s, the company pivoted to becoming a marketing tool that allows customers to interact instantly with advertisers. AT&T was the first carrier to sign with Vibes in 2001.

Vibes Job Search in US and Canada

Top Jobs at Vibes by City