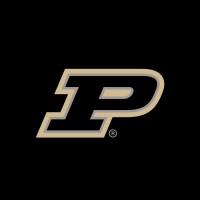 What are the highest paying jobs at Purdue University?

Purdue University is a public land-grant research university in West Lafayette, Indiana, and the flagship campus of the Purdue University system. The university was founded in 1869 after Lafayette businessman John Purdue donated land and money to establish a college of science, technology, and agriculture in his name. The first classes were held on September 16, 1874, with six instructors and 39 students.

The main campus in West Lafayette offers more than 200 majors for undergraduates, over 69 masters and doctoral programs, and professional degrees in pharmacy and veterinary medicine. In addition, Purdue has 18 intercollegiate sports teams and more than 900 student organizations. Purdue is the founding member of the Big Ten Conference and enrolls the second largest student body of any university in Indiana, as well as the fourth largest foreign student population of any university in the United States.

Director of Applications and Systems Development - IT Services

Purdue University Job Search in US and Canada

Head of the School of Hospitality and Tourism Management

View All West Lafayette, IN Jobs

Director of Applications and Systems Development - IT Services

View All Fort Wayne, IN Jobs

View All Hammond, IN Jobs

Everything you need to know about becoming a dermatologist
Ashley Jones
These US cities will pay up to $20,000 for you to relocate—but there’s always a catch
Benjamin Lorber
A guide to using social media to your advantage when job hunting
Sarah Dillon
Ladders / Company / Purdue University