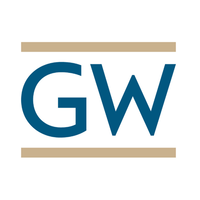 What are the highest paying jobs at George Washington University?

The George Washington University is a private research university in Washington, D.C. Chartered in 1821 by the United States Congress, GWU is the largest institution of higher education in the District of Columbia.

George Washington, the first President of the United States, advocated for the establishment of a national university in the U.S. capital in his first State of the Union address in 1790 and continued to promote this idea throughout his career and until his death. In his will, Washington left shares in the Potomac Company to endow the university. However, due to the company's financial difficulties, funds were raised independently. On February 9, 1821, the university was established by an Act of Congress first as Columbian College and then as Columbian University, making it one of only five universities in the United States with a Congressional charter.

The university's undergraduate and graduate schools includes the Columbian College of Arts and Sciences, the Elliott School of International Affairs, the GWU School of Business, the School of Media and Public Affairs, the Trachtenberg School of Public Policy and Public Administration, the GWU Law School and the Corcoran School of the Arts and Design. GWU's main Foggy Bottom campus is located in the heart of Washington, D.C., with the International Monetary Fund and the World Bank located on campus and the White House and the U.S. Department of State within blocks of campus. GWU hosts numerous research centers and institutes, including the National Security Archive and the Institute for International Economic Policy. GWU also has two satellite campuses: the Mount Vernon campus, located in D.C.'s Foxhall neighborhood, and the Virginia Science and Technology Campus in Loudoun County, Virginia.

George Washington University Job Search in US and Canada

6 jobs that prepare you for side hustle success
Kyle Young
This is what work will look like in 2030, and it isn’t pretty
Kyle Schnitzer
The 7 highest-paying entry-level jobs
Hailey Hudson
Ladders / Company / George Washington University