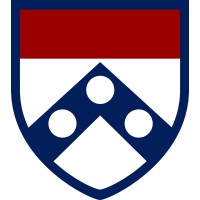 What are the highest paying jobs at University of Pennsylvania?

The University of Pennsylvania is a private Ivy League research university in Philadelphia, Pennsylvania. The university, established as the College of Philadelphia, claims a founding date of 1740 and is one of the nine colonial colleges chartered prior to the U.S. Declaration of Independence. Benjamin Franklin, Penn's founder and first president, advocated an educational program that trained leaders in commerce, government, and public service, similar to a modern liberal arts curriculum with a practical perspective.

Penn has four undergraduate schools as well as twelve graduate and professional schools. Schools enrolling undergraduates include the College of Arts and Sciences, the School of Engineering and Applied Science, the Wharton School, and the School of Nursing. Penn's "One University Policy" allows students to enroll in classes in any of Penn's twelve schools. Among its highly ranked graduate and professional schools are a law school whose first professor wrote the first draft of the United States Constitution, the first school of medicine in North America, and the first collegiate business school.

Penn is also home to the first "student union" building and organization, the first Catholic student club in North America, the first double-decker college football stadium, and Morris Arboretum, the official arboretum of the Commonwealth of Pennsylvania. The first general-purpose electronic computer was developed at Penn and formally dedicated in 1946. In 2019, the university had an endowment of $14.65 billion, the sixth-largest endowment of all private universities in the United States, as well as a research budget of $1.02 billion. The university's athletics program, the Quakers, fields varsity teams in 33 sports as a member of the NCAA Division I Ivy League conference.

Top Experts at University of Pennsylvania

High-Paying Jobs at University of Pennsylvania

University of Pennsylvania Job Search in US and Canada

Top Jobs at University of Pennsylvania by City

These are the 15 highest-paying psychology jobs
Hailey Hudson
6 jobs that prepare you for side hustle success
Kyle Young
This is what work will look like in 2030, and it isn’t pretty
Kyle Schnitzer
Ladders / Company / University of Pennsylvania