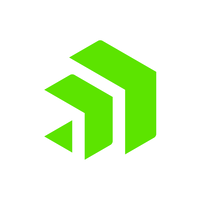 What are the highest paying jobs at Progress Software?

Progress Software Corporation is an American public company that offers software for creating and deploying business applications. Headquartered in Bedford, Massachusetts with offices in 16 countries, the company posted revenues of $397.6 million in 2017 and employs approximately 1500 people.

Progress Software was co-founded by several MIT graduates, including Joseph W. Alsop, in 1981. Initially called Data Language Corporation, the company changed its name in 1987 to match that of its flagship product, Progress.

In 2004, Progress Software bought out Persistence Software for $16 million.

In January 2006, Progress Software acquired Mountain View-based Actional Corporation, which itself was the merger between Actional Corporation and WestBridge Technologies. Actional focuses on providing enterprise-class SOA Management, Security, and run-time Governance solutions that cross vendor and protocol boundaries, based upon open standards.

Progress Software Job Search in US and Canada

These are the 10 best jobs if you want to retire early
Ashley Jones
How to quit your job (even if you just started)
Lani Assaf
What jobs can you get with a business degree?
Kattie Thorndyke
Ladders / Company / Progress Software