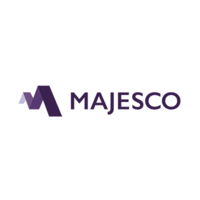 What are the highest paying jobs at Majesco?

Majesco Entertainment Company is an American video game publisher and distributor based in Hazlet, New Jersey. The company was founded as Majesco Sales in Edison, New Jersey in 1986, and was a privately held company until acquiring operation-less company ConnectivCorp in a reverse merger takeover, becoming its subsidiary and thus a public company on December 5, 2003. ConnectivCorp later changed its name to Majesco Holdings Inc. on April 13, 2004.

On December 1, 2016, Majesco Entertainment was acquired by PolarityTE, Inc., a biotech company, in another reverse merger takeover, because of which it formally ceased all video game operations on December 8, 2016. In mid-2017, chief executive officer Jesse Sutton re-acquired the company through a management buyout and continued operating it privately held. In January 2018, Liquid Media Group announced the acquisition of Majesco.

Majesco Job Search in US and Canada

Top Jobs at Majesco by City

6 jobs that prepare you for side hustle success
Kyle Young
This is what work will look like in 2030, and it isn’t pretty
Kyle Schnitzer
The 7 highest-paying entry-level jobs
Hailey Hudson
Ladders / Company / Majesco