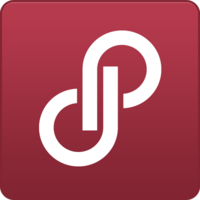 What are the highest paying jobs at Poshmark?

Poshmark is a social commerce marketplace where people in the United States can buy and sell new or used clothing, shoes, and accessories. The company is headquartered in Redwood City, California.

The company was launched in 2011 by Manish Chandra.

In November 2017, Poshmark announced that it had raised $87.5 million, at a valuation of nearly $600 million, in venture backed funding led by Singapore-based Temasek. Menlo Ventures, GGV Capital, Mayfield and others also participated, bringing their total to date to $160 million.

In a May 22, 2018, interview with Reuters, Poshmark's CEO and founder, Manish Chandra, stated that since Poshmark's launch sellers on the website had earned $1 billion selling clothing and accessories. Reuters reported that "much" of these earnings were "concentrated in a group of sellers making five, six and even seven figures" though the company noted there were 4 million sellers on the service.

On August 1, 2019, the company announced that it had been subject to a data breach impacting the personal and login information of its customers.

On January 14, 2021, Poshmark went public, at a valuation of over $3 billion, listed on the Nasdaq Stock Market under the symbol POSH.

Poshmark Job Search in US and Canada

Top Jobs at Poshmark by City