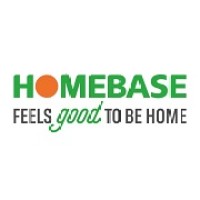 What are the highest paying jobs at Homebase?

Homebase is a British home improvement retailer and garden centre with stores across the United Kingdom and Republic of Ireland. Founded by Sainsbury's and GB-Inno-BM in 1979, the company was owned by Home Retail Group from October 2006, until it was sold to the Australian conglomerate Wesfarmers in January 2016.

Wesfarmers' management was not a success, which had included an attempt to rebrand the business under its Bunnings Warehouse name, and in August 2018, the business was sold to restructuring firm Hilco for £1. Subsequently, Hilco announced that it would close 42 stores of Homebase, and cut 1,500 jobs through a company voluntary arrangement, in an attempt to get the chain back to profitability. By February 2020, Homebase had 164 outlets, and was again profitable.

Homebase Job Search in US and Canada

Top Jobs at Homebase by City

6 jobs that prepare you for side hustle success
Kyle Young
This is what work will look like in 2030, and it isn’t pretty
Kyle Schnitzer
The 7 highest-paying entry-level jobs
Hailey Hudson
Ladders / Company / Homebase