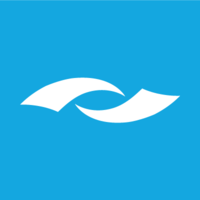 What are the highest paying jobs at Patterson Companies, Inc?

Patterson Companies Inc is a medical supplies conglomerate primarily in the business of veterinary and dental products. Traditionally a dental company, it diversified its business at the turn of the millennium when it acquired 55-year-old company, JA Webster Inc, a distributor of veterinary products. That business segment currently distributes equipment and medicine. The company operates directly in only the US and Canada.

In 2008 it was noted as having one of the lowest debt ratios among companies in the health care sector. Patterson was also a member of the Nasdaq-100 until December 10, 2010 when it and six other companies were replaced. The Nasdaq-100 is composed of the 100 largest non financial stocks traded on the Nasdaq.

On June 17, 2010 Patterson Medical purchased the rehabilitation part of Ireland-based DCC Healthcare in a move that increased Patterson Medical's revenue by 16.43%. The new companies were added to its Homecraft Rolyan unit in the UK.

Patterson Companies, Inc Job Search in US and Canada