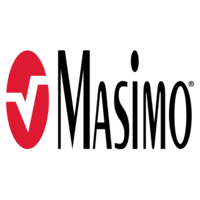 What are the highest paying jobs at Masimo?

In March 2020, to support efforts to combat COVID-19, Masimo announced a number of noninvasive monitoring and single-patient-use solutions to help care teams manage the surge in patients, including Masimo SafetyNet.

Masimo has been recognized as one of the most innovative companies in the medical device industry. In 2000, the Society for Critical Care Medicine awarded Masimo the Technology Excellence Award. Masimo went public in 2007 and is currently traded on the NASDAQ stock exchange under the symbol MASI.

In 2011, Forbes named Masimo to its list of top 20 public companies under a billion dollars in revenue. In 2012, Joe Kiani, founder, CEO and Chairman of the Board was named the Ernst & Young National Entrepreneur of the Year - 2012 Life Sciences Award Winner.

Masimo Job Search in US and Canada

Top Jobs at Masimo by City

Get paid to dream at work: This company will pay you to nap
Sara London
The average salary of a Chipotle general manager is $100K — and they’re hiring
Kyle Schnitzer
Amazon is now hiring 75K workers — and offering some $1K bonuses
Kyle Schnitzer
Ladders / Company / Masimo