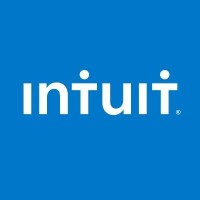 What are the highest paying jobs at Intuit Inc?

Intuit Inc. is an American business that specializes in financial software. The company is headquartered in Mountain View, California, and the CEO is Sasan Goodarzi. As of 2019, more than 95% of its revenues and earnings come from its activities within the United States. Intuit's products include the tax preparation application TurboTax, personal finance app Mint and the small business accounting program QuickBooks. Intuit has lobbied extensively against the IRS providing taxpayers with free pre-filled forms, as is the norm in other developed countries.

Intuit offers a free online service called TurboTax Free File as well as a similarly named service called TurboTax Free Edition which is not free for most users. TurboTax Free File was developed as part of an agreement whereby members of the Free File Alliance would offer tax preparation for individuals below an income threshold for free in exchange for the IRS not providing taxpayers with free pre-filled forms. In 2019, investigations by ProPublica found that Intuit deliberately steered taxpayers from the free TurboTax Free File to the paid TurboTax Free Edition using tactics including search engine delisting and a deceptive discount targeted to members of the military. Subsequent investigations by the Senate Committee on Homeland Security and Governmental Affairs and the New York State Department of Financial Services reached similar conclusions, the latter concluding that Intuit engaged in “unfair and abusive practices”.

Intuit Inc Job Search in US and Canada

Is this the worst job interview question? The internet seems to think so.
CW Headley
These are the 15 highest-paying psychology jobs
Hailey Hudson
6 jobs that prepare you for side hustle success
Kyle Young
Ladders / Company / Intuit Inc