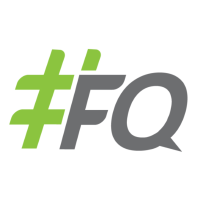 What are the highest paying jobs at FloQast?

FloQast is an accounting software vendor based in Los Angeles, California. Founded in 2013, the company provides close management software for corporate accounting departments to help them improve the way they close the books each month.

Since launching, the company is regularly mentioned by industry publications as one of the best-reviewed employers in the Los Angeles tech community.

The company announced the opening of a second office in February 2017, expanding to the Midwest with a new office and team in Columbus, Ohio.

Top Jobs at FloQast by City

8 high paying remote jobs you can get right now (and how to get hired there)
Sara London
7 ways to manage the effects of job search fatigue
Rolf Bax
Have you been the victim of 1 of these 7 cases of wrongful termination?
AnnaMarie Houlis
Ladders / Company / FloQast