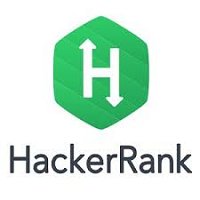 What are the highest paying jobs at HackerRank?

On the consumer side, when a programmer submits a solution to a programming challenge, their submission is scored on the accuracy of their output. Programmers are then ranked globally on the HackerRank leaderboard and earn badges based on their accomplishments to drive competition among users. In addition to individual coding challenges, HackerRank also hosts contests where users compete on the same programming challenges during a set period of time and are then ranked at the conclusion of the event. HackerRank is part of the growing gamification trend within competitive computer programming and the consumer-side of their website is free for coders to use.

HackerRank Job Search in US and Canada

Top Jobs at HackerRank by City

8 high paying remote jobs you can get right now (and how to get hired there)
Sara London
7 ways to manage the effects of job search fatigue
Rolf Bax
Have you been the victim of 1 of these 7 cases of wrongful termination?
AnnaMarie Houlis
Ladders / Company / HackerRank