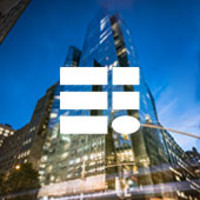 What are the highest paying jobs at Equity Residential?

As of December 31, 2020, the company owned or had investments in 309 properties consisting of 77,889 apartment units in Southern California, San Francisco, Washington, D.C., New York City, Boston, Seattle, and Denver.

The company had its origins in Equity Finance and Management Company, founded in 1969 by real-estate investor Sam Zell.

In 1993, the company acquired a large portfolio of properties from Barry Sternlicht in exchange for a 20% stake in the company. Sternlicht had acquired the properties via government auctions after the savings and loan crisis.

On August 11, 1993, the company became a public company via an initial public offering. At that time, the company owned 22,000 apartments.

In 1998, the company acquired a portfolio of 5,774 apartments from Lincoln Property Company for $465 million and acquired Merry Land, which owned 34,990 units in the southeast United States, for $1.17 billion in stock as well as $656 million in debt and $270 million in preferred stock.

America falls way short, adds fewer jobs than expected in April
Kyle Schnitzer
Everything you need to know about becoming a dermatologist
Ashley Jones
These US cities will pay up to $20,000 for you to relocate—but there’s always a catch
Benjamin Lorber
Ladders / Company / Equity Residential