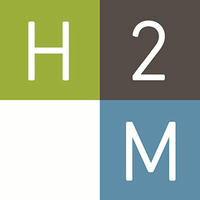 What are the highest paying jobs at H2M?

CH2M, later CH2M Hill, was an engineering company that provided consulting, design, construction, and operations services for corporations and governments. The company was organized in Delaware, and headquartered at 9191 South Jamaica Street, Englewood, Colorado. In December 2017, the company was acquired by Jacobs Engineering Group.

The company played a major role in the Panama Canal expansion project. The company developed, maintained and published its own method for managing projects for clients, called the CH2M Hill Project Delivery System. The firm was named from the initials of its four founders.

H2M Job Search in US and Canada

Top Jobs at H2M by City

6 jobs that prepare you for side hustle success
Kyle Young
This is what work will look like in 2030, and it isn’t pretty
Kyle Schnitzer
The 7 highest-paying entry-level jobs
Hailey Hudson
Ladders / Company / H2M