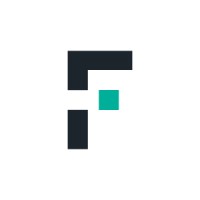 What are the highest paying jobs at Forcepoint?

Forcepoint was founded in 1994 as an information technology reseller called NetPartners. It was renamed Websense in 1999 and became a public company in 2000 at the peak of the dot-com bubble. Vista Equity Partners acquired Websense in 2013 for $906 million. Raytheon acquired an 80% interest in Websense in April 2015 for $1.9 billion and acquired the remaining 20% interest in 2019. In 2015, Websense acquired network security vendor Stonesoft from Intel and in 2016, the company was renamed Forcepoint. Francisco Partners announced in October 2020 that they had agreed to acquire the company from Raytheon. The transaction was completed in January 2021.

Forcepoint Job Search in US and Canada

Top Jobs at Forcepoint by City

Get paid to dream at work: This company will pay you to nap
Sara London
The average salary of a Chipotle general manager is $100K — and they’re hiring
Kyle Schnitzer
Amazon is now hiring 75K workers — and offering some $1K bonuses
Kyle Schnitzer
Ladders / Company / Forcepoint