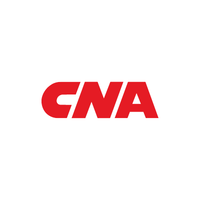 What are the highest paying jobs at CNA Financial Corporation?

CNA Financial Corporation is a financial corporation based in Chicago, Illinois, United States. Its principal subsidiary, Continental Casualty Company, was founded in 1897. CNA, the current parent company, was incorporated in 1967.

CNA is the seventh largest commercial insurer in the United States as of 2018. CNA provides property and casualty insurance products and services for businesses and professionals in the U.S., Canada, Europe and Asia.

Continental Assurance Company of North America was founded in Detroit in 1897. The purpose of the company was to provide accident and health insurance to railroad industry employees. This company then merged with the Metropolitan Accident Company, changed its name to the Continental Casualty Company, and moved to Chicago.

The National Fire Insurance Company of Hartford was acquired in 1956, and in 1963 the American Casualty Company was acquired. The first letters of each of the original companies were merged to form the acronym CNA. It was then referred to as the Continental National American Group, now it simply goes by CNA.

CNA Financial Corporation Job Search in US and Canada